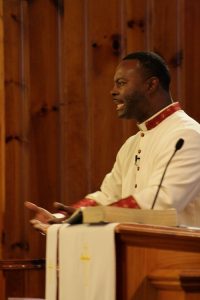 John L. Roberts was born in Washington, D.C., on December 24, 1964 to John L. Mills and Lumisha E. Roberts Jerry.  John is a native of Southeast Washington D.C.  After graduating from Ballou High School in 1982, he enlisted into the United States Army.  He is a graduate of Liberty University with a Bachelor of Science in Religion, a Master of Arts in Religion and a Master of Divinity from Liberty Baptist Theological Seminary specializing in Church Ministries.

John accepted the Lord at The New Macedonia Baptist Church, March 6, 1996. His favorite scripture is 2 Cor. 5:17, “Therefore if any man be in Christ, he is a new creature: old things are passed away; behold, all things are become new.” While under the leadership of the late Dr. Reverend Robert L. Walls, he served as a layman.  John was selected to become a Deacon; however, he was called to duty in the South Republic of Korea.

John is a retired United States Army Master Sergeant with 22 years of service. During his tour of duty in Korea, he attended Camp Red Cloud Church of God in Christ under the guidance of Chaplin Richardson and Minister George Horne. It was in Korea, April 1998, when he accepted his call to the ministry. He has been faithful and devoted to accomplishing his appointed purpose in the Master’s work. Since committing his life to Christ, John has had the desire to teach and hear the word of God, Matt. 5: 6 says, “blessed are they which hunger and thirst after righteousness: for they shall be filled.” During his tenure at Camp Red Cloud Church of God and Christ (C.O.G.I.C), he worked diligently as Church Secretary, Choir Member and Sunday School Teacher.

Upon his return from South Korea April 8, 1999, John joined New Life Restoration Bible Church in Stafford, VA under the leadership of Pastor W. Neal Lockhart. Serving under Pastor Lockhart, John continued his church work as Sunday School Superintendent and Bible Study Teacher. Through his application of the word, faithfulness, diligence and commitment to the Lord’s work and will, he became licensed and ordained by Pastor Lockhart as a Minister of the Gospel on October 24, 1999.

John joined Word of Life Fellowship Center August 5, 2001 from its inception. He served faithfully under the guidance and leadership of Pastor Sem K. Charles. On April 8, 2004, Pastor Charles ordained John as an Elder in the ministry. John held several positions in the church to include Assistant Pastor, Sunday School Superintendent, and New Disciple Trainer. He is a compassionate and practical teacher of the scriptures who keeps the message real and applicable in today’s changing society. It is his desire to preach and teach the gospel so that unbelievers will give their lives to Jesus Christ (John 3:16, Rom. 10:9), and believers will apply the “Word” to their life. 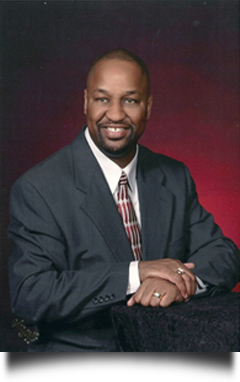 He received Jesus Christ as his personal savior in June of 1998. Since that time, God has been preparing him for such a time as this. He accepted the call to the ministry to preach and teach the Word of God and preached his initial sermon in October of 2004 at Fort Clark Baptist Church, Elgin, South Carolina.

His Motto is “But thanks be to God, which giveth us the victory through our Lord Jesus Christ. Therefore, my beloved brethen, be ye stedfast, unmoveable, always abounding in the work of the Lord, forasmuch as ye know your labour is not in vain in the Lord,” (I Corinthians 15:57-58).

He is married to Prophetess Sandra B. Johnson; they have been married for twenty blessed years. 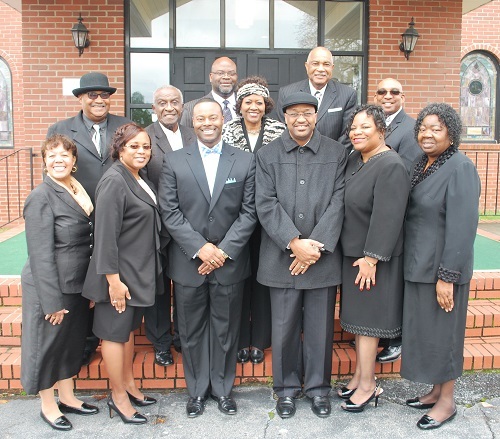 Our Pastoral Staff and Ministerial Team

Our Pastoral Staff and Ministerial Team is comprised of men and women of God who have unwavering faith in our Lord and a steadfast commitment to our church. They, unashamedly, support the Senior Pastor’s vision and serve diligently in their respective roles. All well trained in the Word of God and anointed by Him to preach and teach the gospel, our Pastoral Staff and Ministerial Team are ready at a moment’s notice to minister to those who come through our doors and to reach out to those outside our doors with a relevant message about the saving power and everlasting love of Jesus Christ. 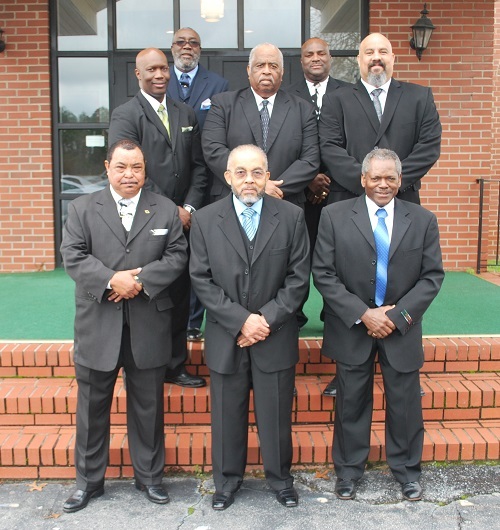 The Trustee Ministry is comprised of men and women, appointed by the Senior Pastor, who have been observed and selected to be responsible for the acquisition, management, and maintenance of all church property and the oversight of the business, financial and property affairs of this church.  Trustees act as legal agents of our church in contractual arrangements and serve with diligence in the financial stewardship of our church resources.